The Leading Milwaukee Bucks In Each Statistical Category: March Edition by Ti Windisch
Timeout with Ti Podcast #21: Shea Serrano by Ti Windisch
Next1 of 5Prev post
Use your ← → (arrows) to browse

Buddy Hield is making waves during March Madness, but could he be an option for the Milwaukee Bucks in June? 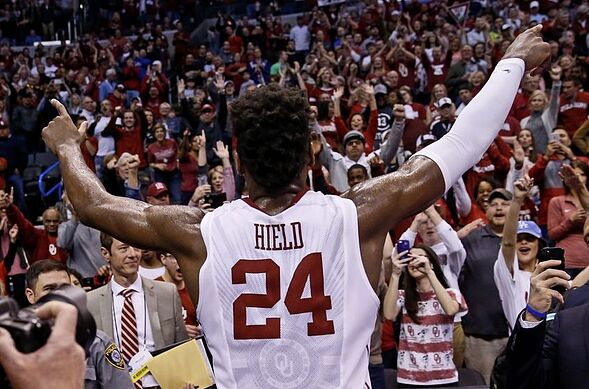 Who is Buddy Hield?

If you watch even the smallest measure of college basketball you don’t need me to tell you who Buddy Hield is.

Hield is a senior who has put together a remarkable season for the Oklahoma Sooners, and in the process seems likely to buck much of the conventional wisdom and biases that NBA teams often hold against prospects who’ve gone through a full four year stint in college.

After three solid seasons in which he flashed steady growth and ability, Hield entered the 2015-16 season set to embark upon a campaign that could well go down in the history books. All along the way, many looked on waiting for what seemed like an inevitable drop-off.

As Ricky O’Donnell of SB Nation noted, Hield is on track to prove himself as the best shooter in college basketball since Stephen Curry.

In this of all eras, that’s the kind of thing that is certain to make some noise. It’s not as if Hield is just a deadeye marksmen either though. He not only carries his team in scoring, but he’s guiding them to success.

The Sooners will face off with Texas A&M in the Sweet Sixteen round of the NCAA Tournament and after a season where they landed a second seed in the West, they will be hopeful that they can advance to the Elite Eight and beyond for the first time in over seven years, behind Hield’s star play.

As the man from the Bahamas becomes more and more of a household name, what is it that makes Hield worth all of the attention though?

Where could he fall in the draft order on the night, and will Milwaukee be on the board and interested?

If so, could he mesh nicely with the Bucks?

Let’s put his game under the microscope to come up with the answers.

Next: Strengths
Next1 of 5Prev post
Use your ← → (arrows) to browse
Load Comments
Event Tickets
Powered by StubHub
Top Stories