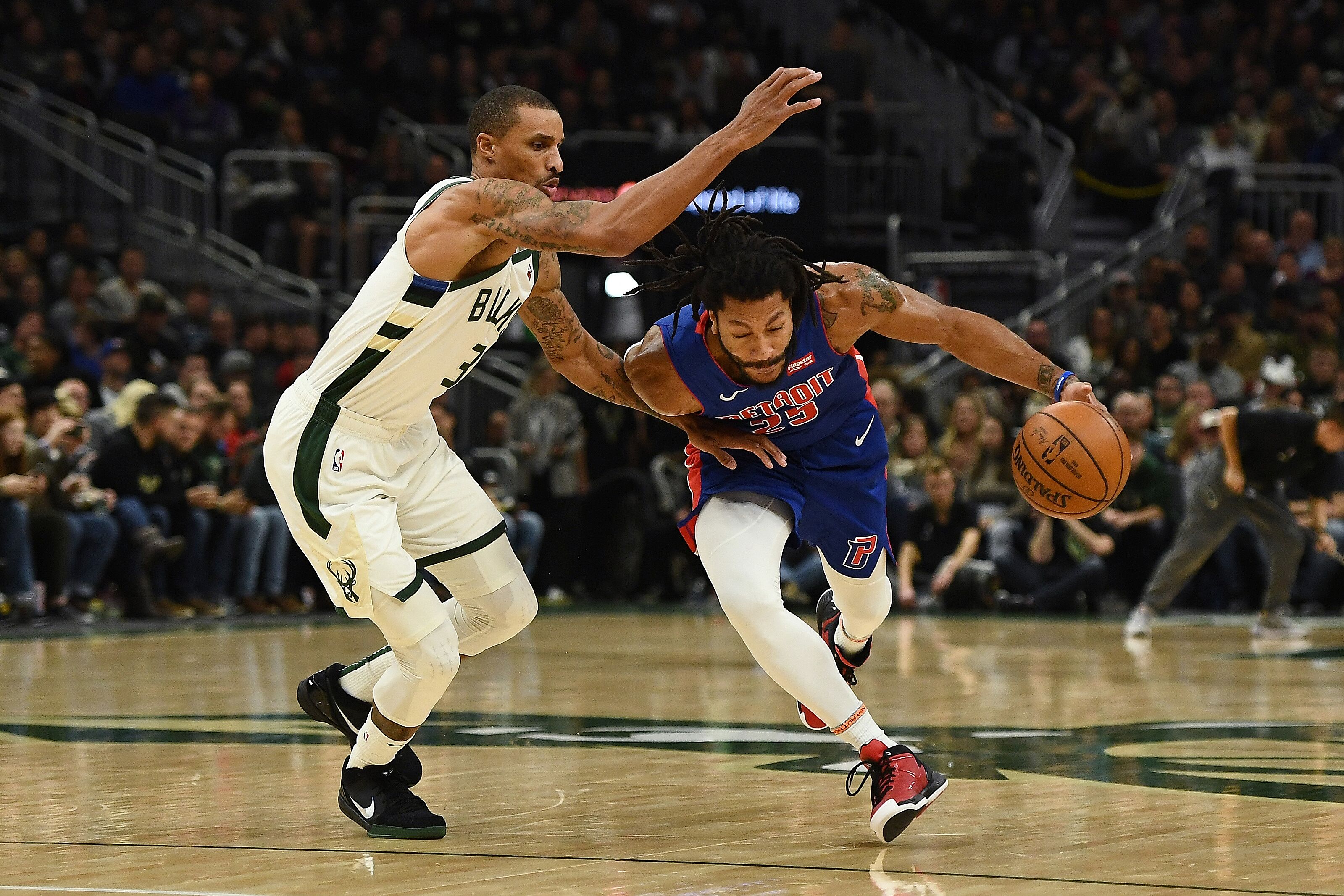 The Milwaukee Bucks will look for a potential 13th straight victory when they hit the road to take on the Detroit Pistons at Little Caesars Arena.

Looking to reach a baker’s dozen worth of consecutive wins, the Milwaukee Bucks are set to take on the Detroit Pistons Wednesday night at Little Caesars Arena.

This will be the second meeting of the season between the central division rivals after the Bucks took the first tilt in a 104-90 win on their home floor back on November 23.

Of course, the Bucks have only taken their winning streak up to double digits in the week and a half since they opened up their four-game season series with the Pistons and are fresh off of demolishing both the Charlotte Hornets and the New York Knicks by a combined 83 points.

The Pistons, meanwhile, continue to tread water this 2019-20 season as they’ll enter Wednesday night with a 8-13 record after rolling past the Cleveland Cavaliers in a 127-94 victory on the road Tuesday night.

But it goes without saying the Bucks stand as a totally different challenge for a Pistons team that has faced a whole lot of ups and downs to start the year.

So without further ado, let’s take a closer look at what to watch for in the Bucks’ second meeting with the Detroit Pistons this season ahead of Wednesday night’s tip-off.

Next: Taking care of business
Next1 of 4Prev post
Use your ← → (arrows) to browse
Load Comments
Event Tickets
Powered by StubHub
Top Stories